When Columbus sailed by Dominica, he thought to himself, “Nah.” It was too mountainous, too rugged, and too wild to warrant a stop. It’s the youngest island in the Caribbean, the others beaten and battered into the flat, sandy beaches you’re picturing—but not Dominica. Sure, beaches line the coasts, but inland is a vast series of volcanoes, gorges, mountains, and waterfalls, each cloaked in the wilds of the jungle.

Naturally, the hikes here are incredible. From kick-your-butt to peaceful forest wanderings, here’s our top suggestions:

You’ll get muddy, you’ll get frustrated, you’ll get rained on and exhausted, but at the end, you’ll have seen the second-largest boiling lake in the world. Starting at the entrance to Titou Gorge at 1,600 feet, you then hike up—and up and up—to 3,200 feet…and then back down to 2,000 feet, the forest rarely relenting. The entire way, you’re scrambling on tree roots and well-placed rocky steps, a sort of stairway to heaven (that looks more like a stairway to hell).

Definitely grab a guide (like Martin, who can be reached at (+1) 767-295-0877). You’ll want a pro at your side to navigate the steaming Valley of Desolation, where not even a cairn exists to show you the way. 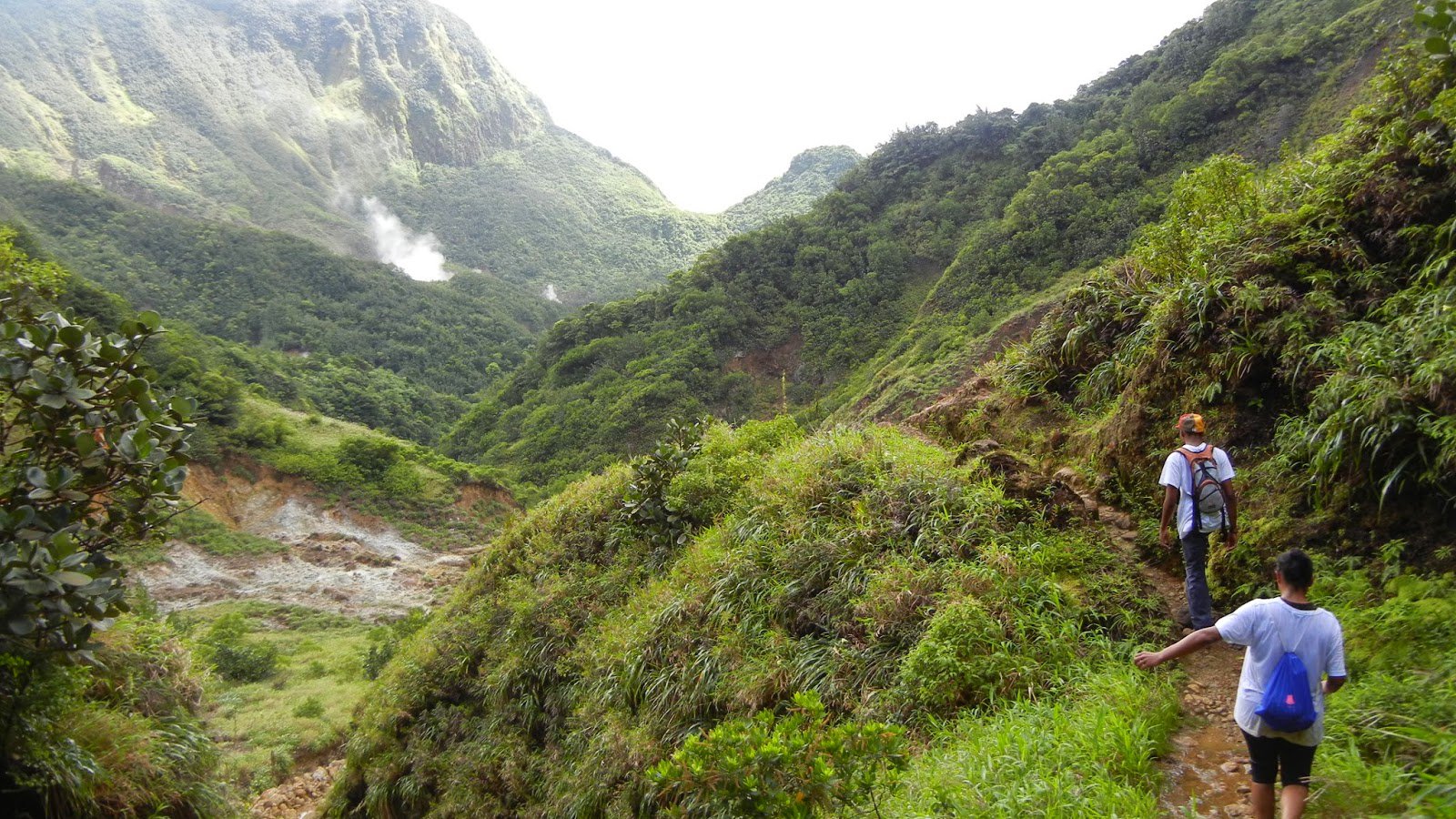 There are 14 segments of the Waitukubuli National Trail, the longest trail in the entire Caribbean. It begins at the beautiful Scott’s Head—in the far south of the island—and wanders north all the way to Cabrits National Park, blue-and-yellow markers lining the way (at least, usually!).

Segment 4 is a popular one, a moderate trek that winds through the rainforest, near the hot springs of Wotten Waven, and through Morne Trois Pitons National Park. Segments 8, 9, and 13 are also popular, though a bit more challenging in elevation and terrain. Weather is known to impact any trail at any given time—always check beforehand the state of the route you’re eyeing. 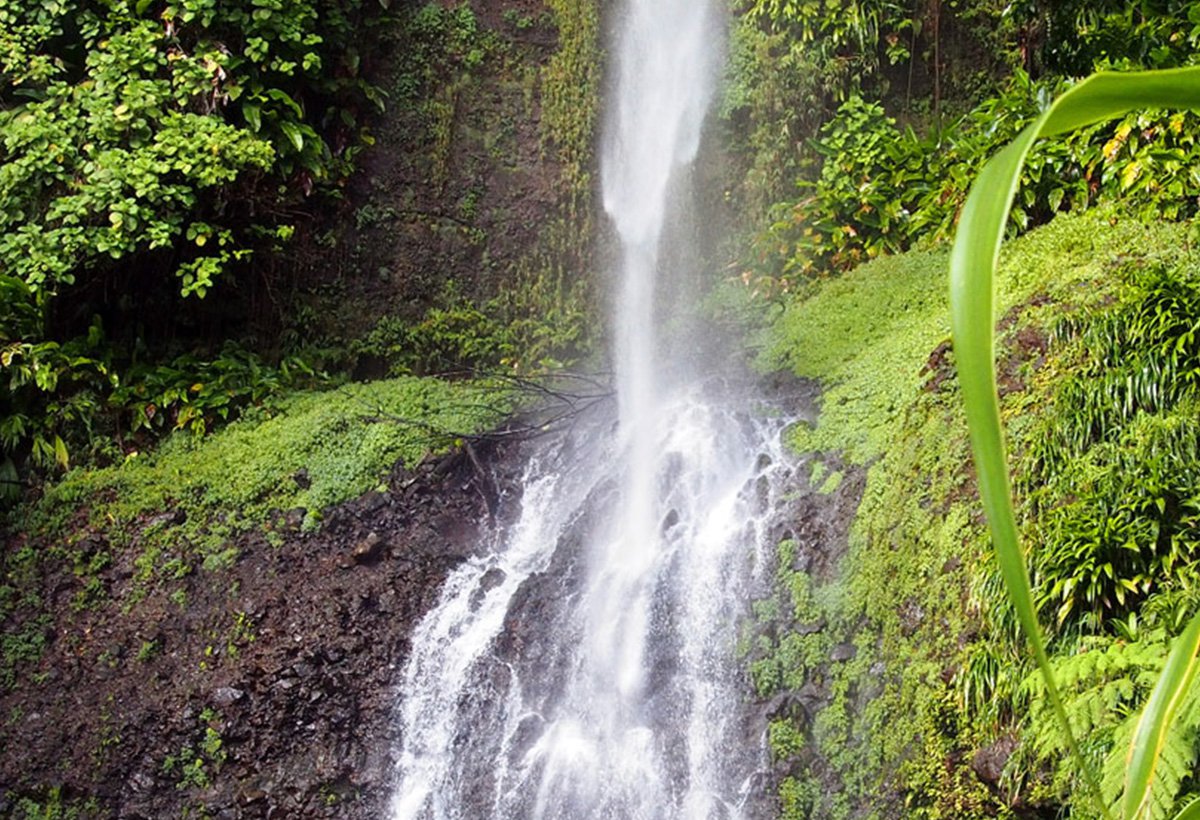 The final segment of the Waitukubuli National Trail goes through Cabrits National Park, though that’s not the only trail here worth a wander. Three longer trails—including the East and West Cabrit Trails—crisscross the park, leading to old ruins, dense jungle, and views across both bays. Some lack maintenance, and the forest and its critters seem to have taken over. Consider it a bonus; the critters are safe and so are the bits of jungle that cling to your socks. By far the easiest “hike” on this list is Trafalgar Falls, near Titou Gorge. Once past the gate, you’ll quickly see a sign that says, “Trafalgar Falls, 10 minutes.” It’s more like three-and-a-half perfect concrete steps winding you around to a view you don’t deserve. Trafalgar Falls is a two-for-one, the larger “Father Falls” falling 125 feet to “Mother Falls”’ 75ft. Go a bit further past the observation deck, and rocky steps will lead you to a small hot spring fit for a soak.

Middleham Falls, on the other hand—also accessible on segment 4 of the WNT—takes around 90 minutes, a moderate hike through Morne Trois Pitons National Park. The trek is far more work than Trafalgar, but you’ll be rewarded with an extra 100 feet of waterfall. You’ll cross small streams, so bring those extra socks, and be prepared to get a little muddy and wet. You could swim in the pool beneath the falls once you arrive, but you might find it a bit chilly. Consider it an efficient way to cool down! 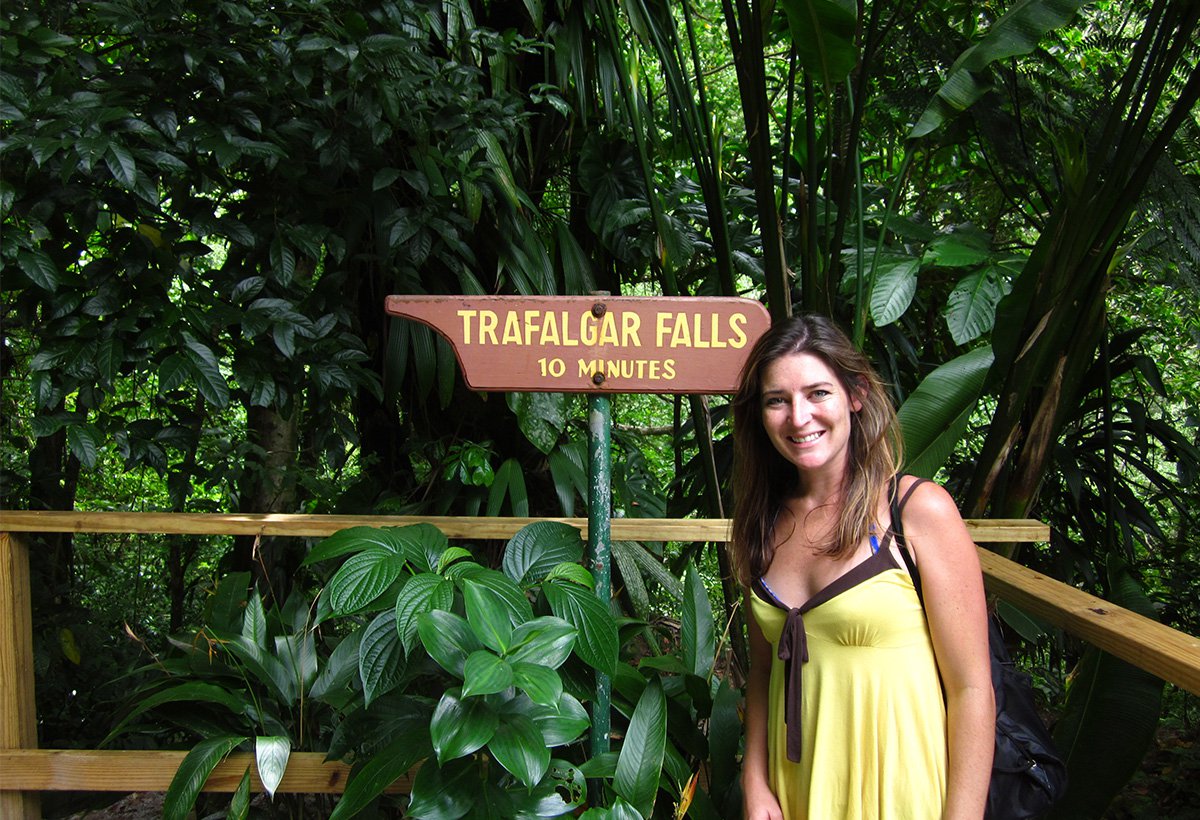