Why Outdoor Adventure Seekers are Flocking to Dominica

Both on land and at sea, Dominica serves up endless opportunities for outdoor fun.

Your hiking boots are a bit dusty as you see steam rising through the lush, hilly jungle in front of you. The misty vapor looms larger and tiny lizards cross your path as you approach your destination: Boiling Lake. You stop to rest and take in the dramatic, bubbling cauldron that’s surrounded by a gorgeous valley.

A hike to the world’s second largest boiling lake is just one example of the exciting adventures that await on Dominica, which has managed to remain a place of unspoiled natural beauty. In fact, nearly 60 percent of this 290-square-mile island in the eastern Caribbean is covered in lush rainforest.

Among its residents, the island’s ecological wonders are a major point of pride. The national flag even bears a green background representing the abundant wildlife, with a Sisserou parrot at its center. The colorful endangered bird, found only in Dominica, is a fitting mascot for an island which has so gracefully and impressively preserved its natural habitat.

Along with its beautiful beaches, Dominica serves up tons of hiking trails, water sports, and geological marvels, all waiting to be explored. Here’s how to get your adventure-on in Dominica.

Swim in the Emerald Pool

An easy hike, the Emerald Pool is the perfect introduction to Dominica’s natural gems. Located in the UNESCO World Heritage Site Morne Trois Piton National Park, the pool is about a 15-minute walk from the parking lot off Roseau-Castle Bruce Road, along a path lined with railings.

Cool off in the pool, which lies under a dramatic 40-foot waterfall that cascades with clear mountain water. In the sunlight, the water reflects the lush foliage around it, producing sparkling shades of green—from emerald to jade—that make it perfectly photogenic.

Hike to the Boiling Lake

The steam rising from the aptly named Boiling Lake looks like a scene from another planet. It’s the second-largest lake of its kind in the world, and for intrepid hikers, the challenging trek into the Valley of Desolation to see it is well worth the effort.

Pack your swimsuits for this adventure. Though the lake reaches scalding temperatures of up to 197 degrees Fahrenheit, you’ll find great swimming at Titou Gorge, where the hike begins. You’ll also pass several natural hot springs before the Valley of Desolation that make for a relaxing soak. Once you arrive at the lake, take in the otherworldly view from safely above, looking down at the bubbling gray-blue water. For the six- to seven-hour hike, go with a local guide who can navigate the way from Titou Gorge. 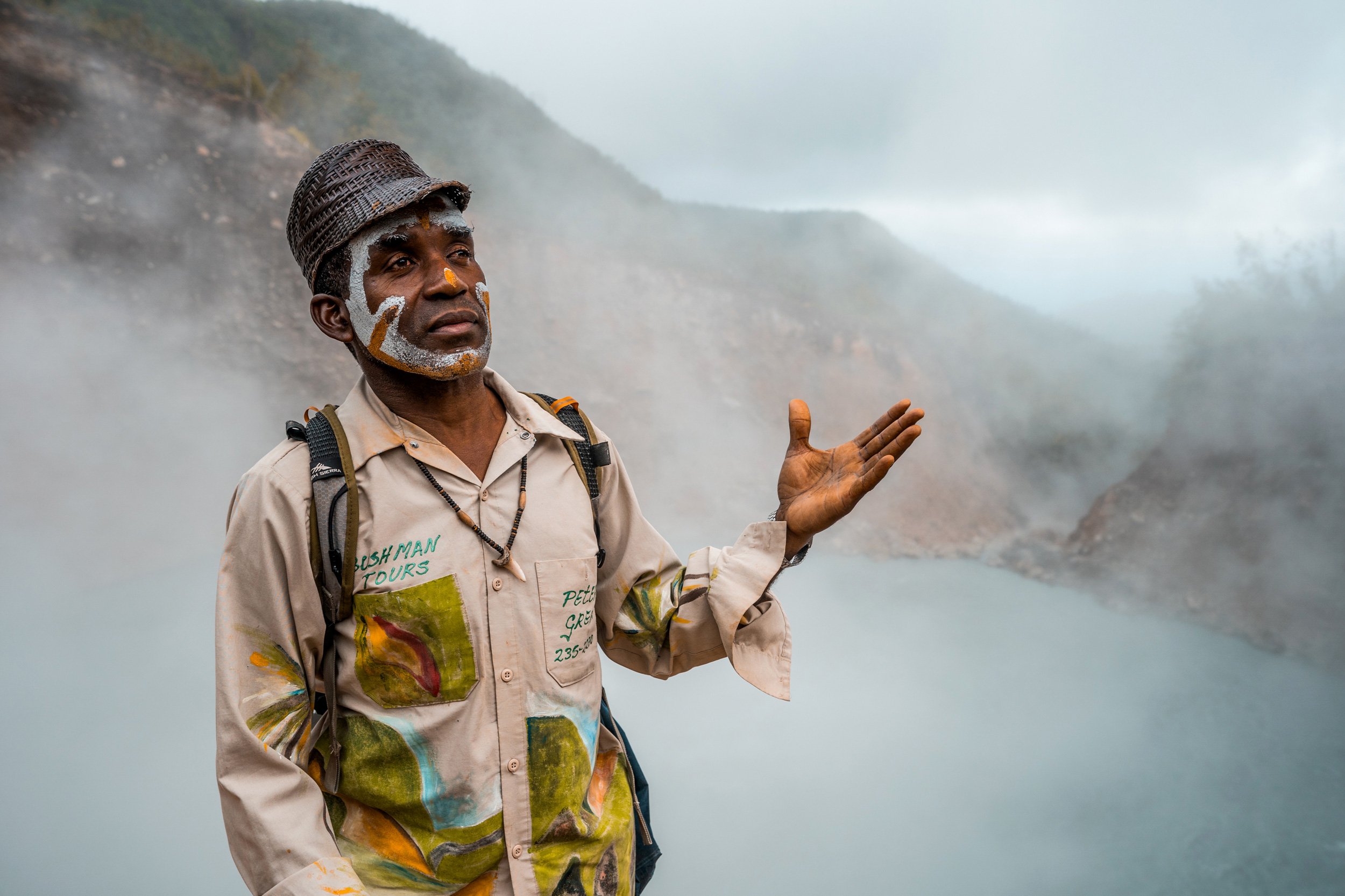 Divided into 14 contiguous segments, the 115-mile-long Waitukubuli National Trail, or WNT, is the first long-distance walking trail in the Caribbean. Taking its moniker from the island’s indigenous name, the entire trail requires about two weeks for experienced hikers to complete. It’s an unforgettable journey through mountains, cliff fronts, rivers, waterfalls, and hot springs.

Casual hikers can explore the trail in shorter segments that are family-friendly and suitable for all levels of hikers. Along the way, you’ll pass through stunning green hills, historic Kalinago villages, and the ruins of 18th-century French settlements. 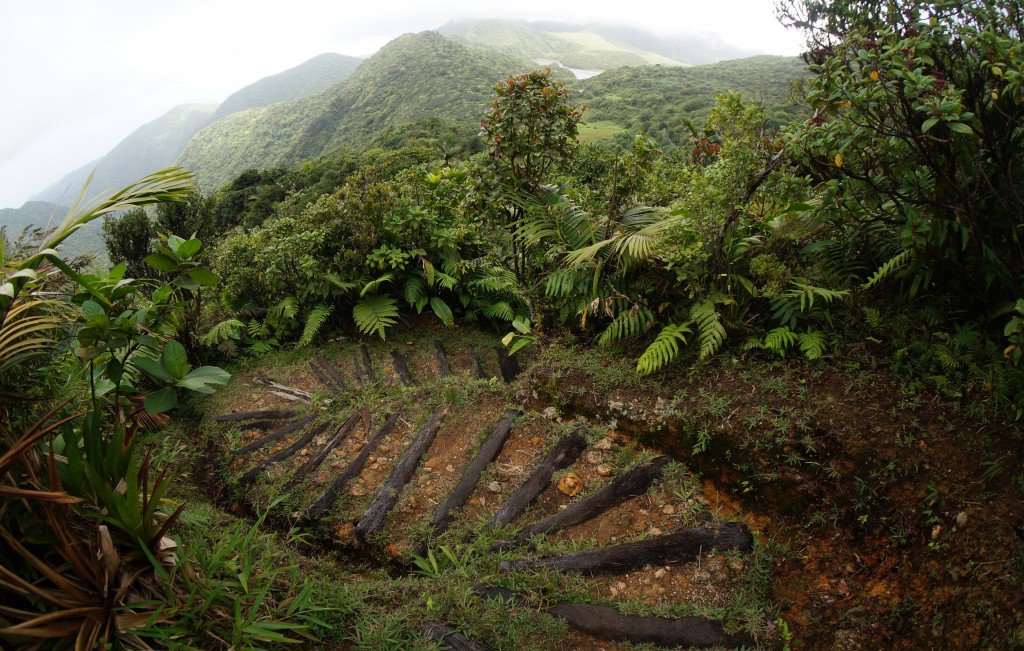 Snorkel or Dive the Champagne Reef

Named for the bubbles that float up from volcanic thermal springs under the ocean floor, Champagne Reef is one of the world’s most unique dive spots. Divers and snorkelers alike can explore this fizzy coral reef to see a dizzying array of colorful sea creatures, including parrotfish, trumpet fish, and seahorses. You might also spot octopus, rays, eels, and endangered hawksbill turtles. Under the water, some divers have also encountered the remains of a mysterious 17th-century Spanish shipwreck.

And while Champagne Reef has become a must-do for divers, it’s hardly your only option. Other popular dive spots on Dominica are Batibou Beach and L’abym, which means "the Abyss.” 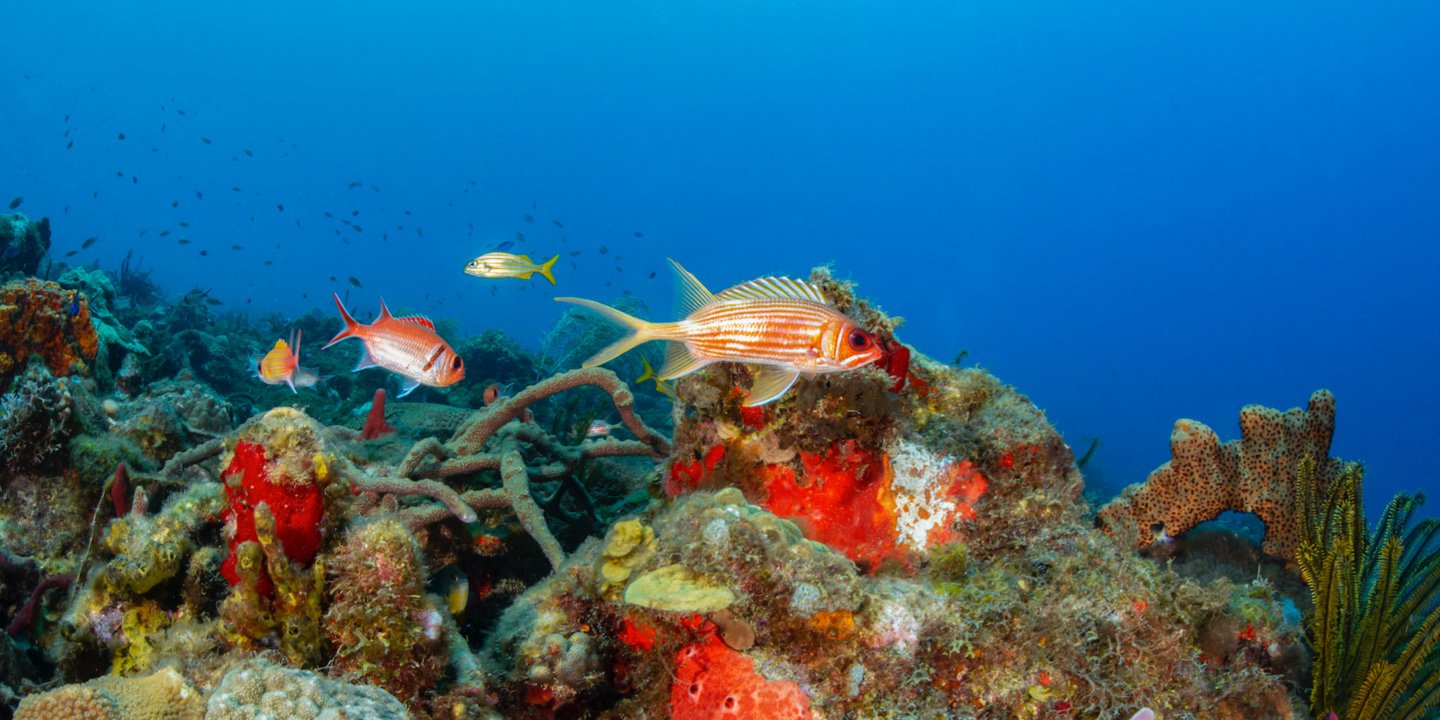 Known as the whale-watching capital of the Caribbean—and the only country on the planet where sperm whales reside year-round—Dominica has deep sheltered bays on its west coast that are a haven for large marine mammals. Off the coast, you might spot some 20 species of whales and dolphins playing in the waves, including humpback whales, pilot whales, and spotted dolphin.

On guided marine life tours, local operators must adhere to strict codes of conduct to minimize any disturbance to the animals, which is good news for travelers concerned about animal welfare. More good news: While the best time of year for spotting whales is November to March, most tours boast a 90 percent success rate year-round. 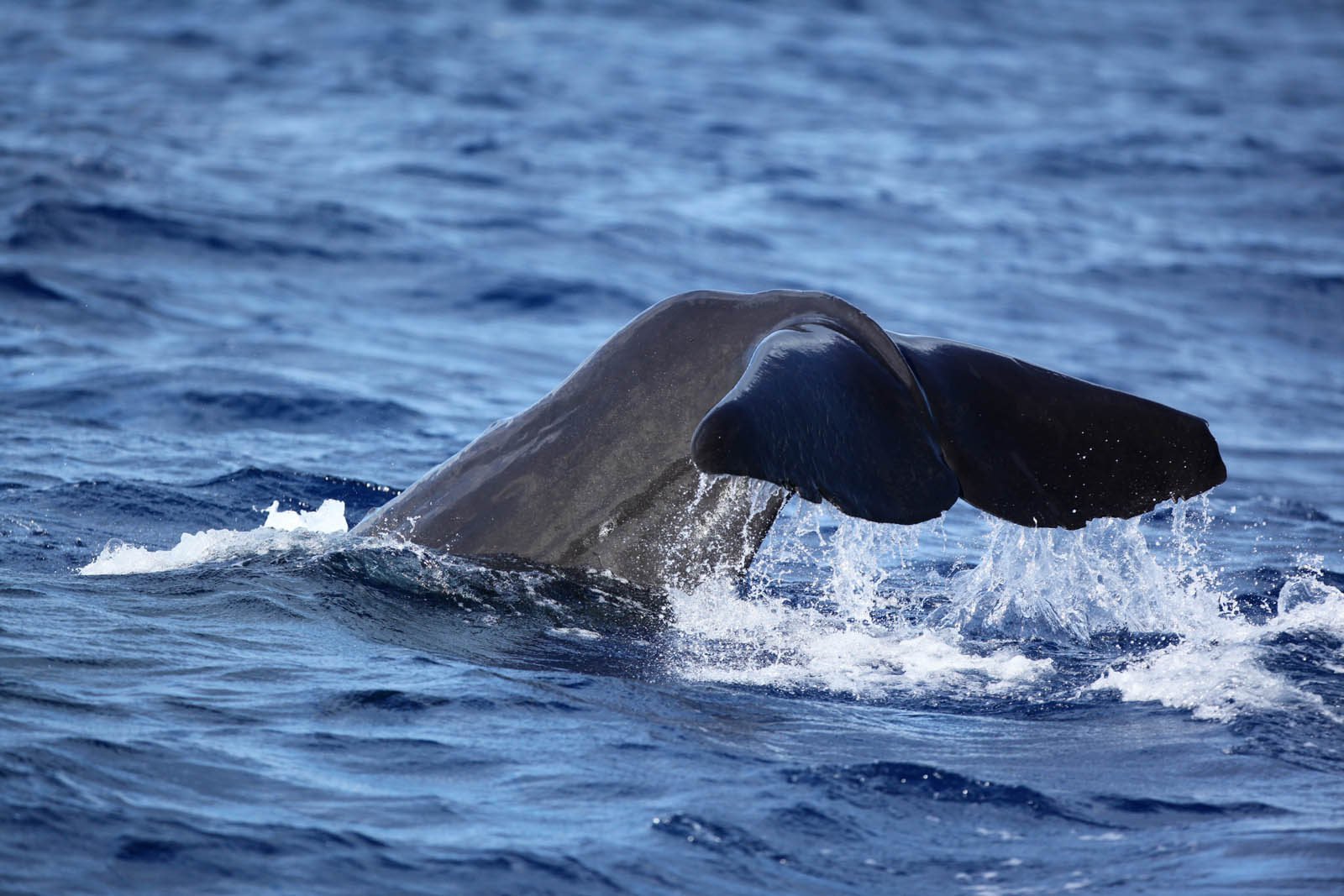