It’s said Dominica has a river for every day of the year, but there’s one everyone talks about: the Indian River. It’s the country’s widest, slowly flowing out to the Caribbean Sea between Portsmouth and Cabrits National Park. You may have seen it without even knowing it — the witch house from Pirates of the Caribbean II was built on these placid waters. A dense canopy of Bwa Mang trees hangs overhead, hiding crabs, iguanas, herons, and egrets in their shadows. The film crew may be gone, but it still feels like being on the set of a Hollywood movie.

Cobra Tours is set up right at the mouth of the river, and they’ve got a fleet of small fishing boats — many with their guide’s names, like Stevenson or the Original Gregory — ready for groups up to a dozen or so. Once hooked up with a guide, you’ll hop on the boat to make your way into the river’s underbelly, the greenery thickening with each paddle. On most days, the crabs you see will far outnumber the people.

Your guide will narrate the way, pointing out wildlife, the witch house, and notable plants like cinnamon and ginger. He’ll detail the river’s history, too, as it used to be a Kalinago settlement. Feel free to ask any and every question that comes to mind — any guide you have is certified, part of a countrywide program. They know their stuff. 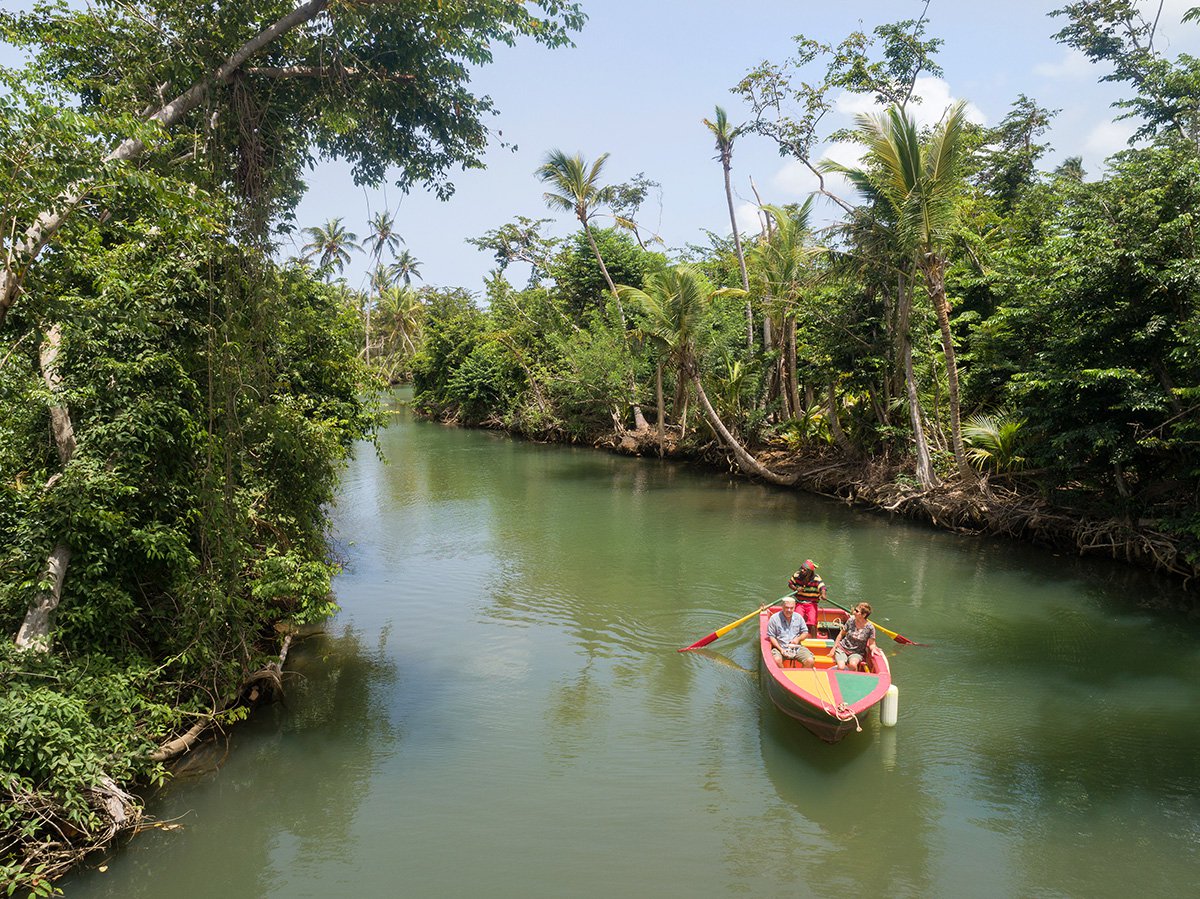 After 45 minutes or so, you’ll dock at the Indian River Bush Bar, a thatched wooden outpost famous for its Dynamite Rum Punch. There’s nothing else around but the bar and those milling about it, making it feel like you found a spot away from the rest of civilization. Saunter up to the bar, order a glass, and wander around — there are multiple seating areas and a trail that runs deep into the jungle. Though if that Dynamite hits, you might want nothing more than a chair and the view.

After you’ve had your fill, hop back in the boat, and it’s back the way you came. Sounds repetitive, but the return journey will feel like an entirely different river — and by then, a new set of wildlife will have cropped up out of the shadows. 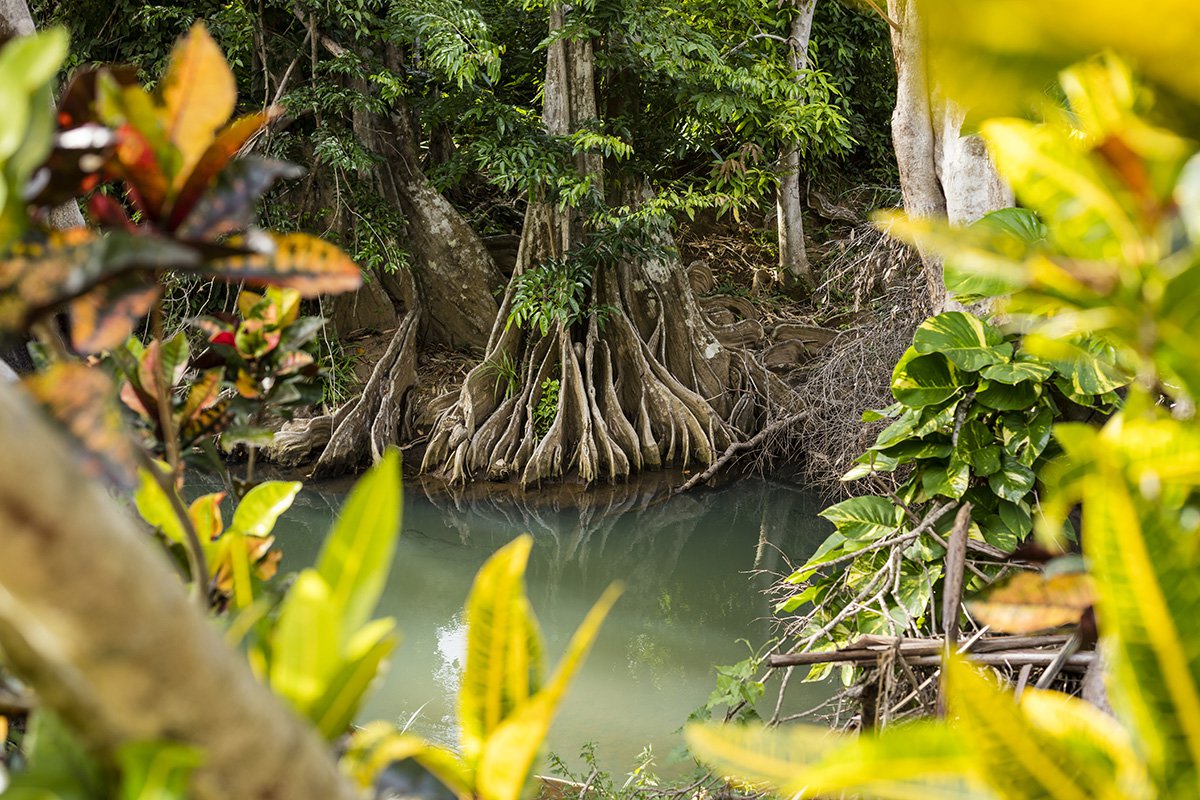 This is one excursion into Dominica’s natural depths that’s truly accessible — young and old, fit or otherwise, anyone can (and will) enjoy this tour. There are zero skills required to experience its wild reward.

You’ll need a site pass to be on the river. It’s $5 for a single-use pass or $12 for a week, and they’re good for national parks, waterfalls, and tons of natural areas. You can get a single-use pass on the day of at Cobra Tours, or stop at any gas station for the weekly pass.

Cobra Tours can pick you up and drop you off wherever you need. Make a reservation for bright and early or later in the afternoon — both should avoid the cruise crowds, and an early-morning float might result in a parrot sighting. Bring sunscreen, your camera, a hat, a bottle of water, and small bills for tipping. A Taste of the Island: Dominica's Delicious Culinary Experiences 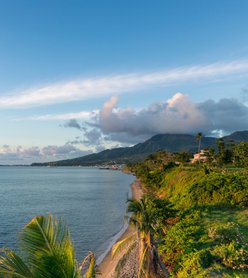 Rejuvenate Your Body and Mind in Dominica