Looking at Cabrits National Park across Prince Rupert Bay from Portsmouth, you’ll see a red-roofed structure and two twin hills—sometimes called East and West Cabrit. What you’re actually looking at is Fort Shirley, an 18th-century defensive outpost built by the British. As for the hills, they’re the edges of an old volcano, once entirely separate from the island. The land here juts out into the ocean, separating Douglas Bay from Prince Rupert Bay, a natural bastion for those looking to protect the island. 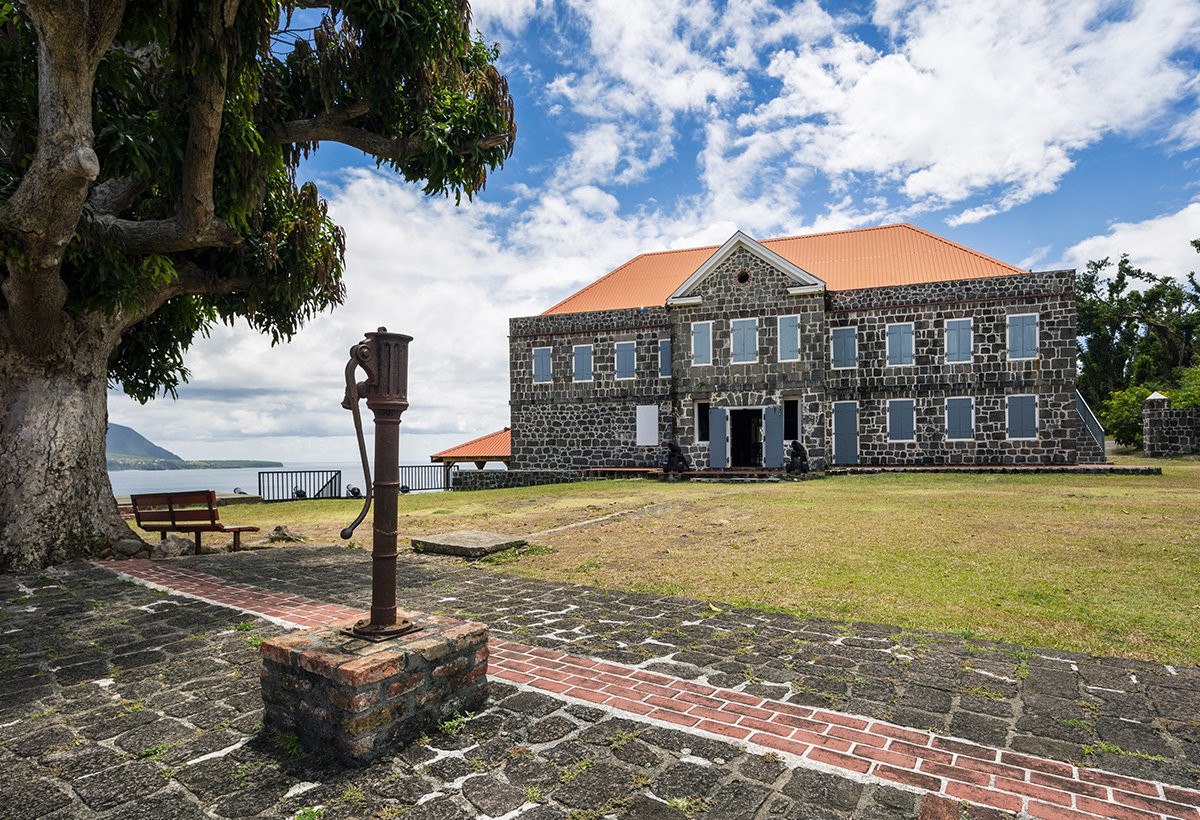 And protect the island they did. They, of course, meaning the Spanish, French, and British. Here’s the nutshell history of Fort Shirley and the surrounding Cabrits National Park, the island’s most important historical site:

In 1535, the Spanish started using Cabrits as a station for their “treasure ships”; it would eventually be ceded to the British, and in 1765, construction of Fort Shirley and the Cabrits garrison began. Over the years, plenty of other smaller buildings would be built, like barracks, officers’ quarters, kitchens, guardrooms, powder magazines and batteries, three cisterns, and ordnance stores—at one point, over 600 men were on regular duty here. It would go back and forth between these two colonial powers for a while, never seeing full-fledged battle (though a notable slave revolt occurred here), eventually abandoned in 1854. From 1854 to 1982, it was ruled by the forest.

Now that you’re caught up to the ‘80s, let’s go from there: That’s when Dr. Lennox Honychurch, an island celebrity, historian, and anthropologist, took to it that Cabrits be restored and designated a national park. Millions—including funds from the European Union’s Eco-Tourism Development Project—have gone into preserving the site, blazing walking trails, clearing the overgrown forest, and rebuilding period-accurate structures. Now it serves as a reminder of an island at peace, telling the story of Dominica’s colonial past, of slave revolts, of pirate ships and enemy battalions approaching from the bay. In the words of Dr. Honychurch, “A fort designed for war has now been turned into one of learning and peace for all humanity.”

A visit to Cabrits National Park requires a site pass—you can obtain one at the site itself or at any gas station. Once past the gate, walk up the hill to Fort Shirley and explore the grounds. Take a moment to pause among the cannons, wander the officers’ quarters, and tuck into the smaller hallways and storerooms that house actual artillery, abandoned over 150 years ago.

If you see a small footpath, take it. These trails are old military roads, and they lead to the underbelly of the park, where you’ll find even more beautiful ruins, the morning “military parade route,” and a view across to Douglas Bay. The 14th and final section of the Waitukubuli Trail can also be found here, terminating at Cabrits National Park.

Honychurch, an affable Dr.-Livingstone-meets-Indiana-Jones type, can often be found onsite—he’ll be the one people are crowding around for photos and questions. Ask him if he’s found the burial site of the revolted soldiers yet—it’s one of the few remaining mysteries of Cabrits National Park.